I don’t want to get up. I need to pee but it’s too cold. The issue is pressing but a decision is not yet a necessity. The question is how long have I been here? If I know I can estimate how long I have left to decide, when time becomes of the essence you might say, although who would, really, who would say that apart from Sherlock Holmes? 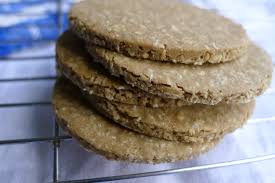 Yet it is not the only question. There are others too with a bearing on the situation, an infinity of them and growing, if that is possible, is it, you tell me, though what it most certainly is is a problem, it’s always the problem, the supplementaries…

Like, am I even here to pee at all? A stunner, I know, shake thine awe-struck heid. For it is pitch black in this room and I can’t see myself. I can touch. My nose for instance, right now, the nostril, the left nostril, where my finger doth explore. Thus and there ye by I am here, peeing or not to be peeing, in purely a limited sense. It sounds about right. My presence has always been partial. People look at me with a wince, as if they’re trying to get me into focus. Cogito ergo sum ya bass. To am is to be. Are they not part of the same verbal structure?

That in itself is another issue. My verbal structurings. That is to say, my erudition. That is to say, the pish I talk. I’m always talking. I’ve been told this by friend and foe alike, although I flatter myself that I have either. I mean, who has foes, really? Super heroes. Super heroes have foes. Certain politicians. Hooray Henries. Patrician types with web-toes. They speak to bulbous-nosed cronies of foes they must vanquish to defend a nation that has never existed.

Ah, to dream of dragons and lances. Last night I dreamed of oatcakes. I was making oatcakes. I woke to an image of an oatcake in the dark, hovering in front of me. Or maybe a bannock. What is a bannock? And how does it relate to the scone, or scohne? I repeat the question to the dark. Mouthing the words. How… does… it… relate… to… the… scohne? For to speak out loud is to disrespect the silence. And my wife, who lies beside me I suddenly remember. It would certainly disrespect my wife to wake her up with a question like that. About scohnes. I mean, who does that, not me, I’m not the brave laddie for that.

Yet she’s now stirring, as if the question of my question has somehow penetrated her unconscious. Unless it’s the nose picking. She knows I’m picking my nose. It’s been making the duvet move, almost imperceptibly but definitely. Or maybe she thinks I’m having a sneaky –

Bill, she suddenly says. She sounds so awake, too awake Cato, much too awake, as if she’s making the point, the very sharp point, like a stick in my beady little eye, that she’s been awake all along, hah!, that she’s even, somehow and mysteriously, been privy to all that I’ve been thinking. For Christ sake go to the bloody toilet!