Feb02 Comments Off on Take a Knee for the Super Bowl

American football. I love the game. This seems to trouble some people, as if I’m indulging something with almost deviant undertones, like dressage, say.

The complexity and the finesse, the occult vocabulary of Cover 3, zone coverage, read option…, a multidimensional game of chess the cliché goes. That said, the game looked ridiculous when ‘The Fridge’ and the ’86 Chicago Bears burst onto British TV. It was only aged thirteen, watching the San Francisco 49ers quarterback Joe Montana calmly dissect the Cincinnati Bengals defense (yeah, I even spell it like that…) en route to a beautiful Super Bowl winning pass to John Taylor in the last seconds that I got it. The artistry among the brutality.

It took me a bit longer to get the league, the NFL. The money. The white bred, good ‘ole boy mentality of the billionaire owners. The turbo-charged patriotism and the cult of the military. The racism. 80% of the players in the league are African-American, their names good to power the eye-popping merchandise revenues, not so good to be fully trusted at the game’s key position. Black players aren’t smart enough to play quarterback – that racist trope has lingered for years and years. 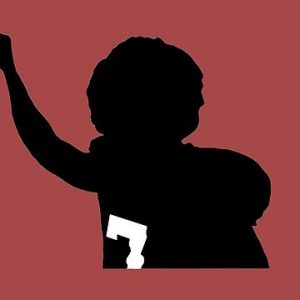 So three bows of deep respect when Colin Kaepernick, the black quarterback of my team, the 49ers, started taking a knee during the national anthem to protest police killings and racism in the US.

That takes some courage. The NFL isn’t the Vanarama Football League, it’s a microcosm of American capitalism. It reeks of nationalism and militarism and is essentially a projection of Empire. When I went to see the 49ers play at Wembley I saw it first hand. The anthems and the flags. The ‘salute to service’, military of course. The values of the NFL are monolithic and deeply ideological, each game a political rally masquerading as a sporting event.

I didn’t stand for the anthems, both US and British (I never do), but I felt very uncomfortable not doing so in that environment. Not that anyone was going to stick a dozen microphones in my face to ask why I didn’t stand or denounce me from the Oval Office. Imagine how Kaepernick must have felt, the hatred he knew would come his way as a politically aware black man. Colin, why don’t you respect the flag? He spoke eloquently and calmly about racism, injustice and police murder, and continues to do so. But piss off the Man and he’ll come for you. All kinds of shitty journeymen quarterbacks have been signed since Kaepernick left the Niners but he remains without a team.

But I can still enjoy the game, yes? If I find delight in watching Kaepernick gallop through the Green Bay secondary it doesn’t make me complicit in the NFL’s values, yes? After all, Colin still wants to play in the league. But the league make it more difficult by the year to want to watch. Its treatment of Kaepernick and others. The sheer ugliness of its uber-capitalista greed. This is a league with an official soup.

And now its Super Bowl time once more. That weird, claustrophobic spectacle. The multi-million dollar adverts and the brands. The kitsch half-time show. It’s the sporting equivalent of being stuck in an airport. But the game, the game, I tuned in for the game, and this will be the first time in years I won’t be watching. My disgust has eclipsed the game. The Rams, with possibly the most awful owner in the league, a billionaire who upped the team from St Louis to LA and left the city with a massive tax bill. Against the New England Patriots. I mean, just the name. That and the Patriot’s soulless, assembly line approach to winning. No joy. Just efficiency. The ultimate in sport as empty commodity.

The NFL can’t keep the politics out. With sweet irony the game’s being held in Atlanta. Cornerstone of the civil rights movement. Musicians have lined up to refuse to play the half-time show in solidarity with Kaepernick. There will be a NAACP rally to protest police brutality. At an official Super Bowl music event the families of those killed by police will address the crowd.

I’ll raise a fist, take a knee and switch off the TV.