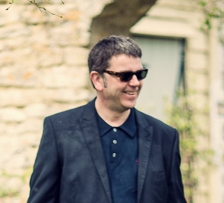 I’m posting this story in tribute to my brother-in-law and old friend Graeme Ainslie, AKA The Good Doctor, who passed away on 17 January 2015. He got me into Hunter S. Thompson and the story was written back in 1998 as an homage to both HST and Graeme, the true tale of a crazy night in Portugal.

We were somewhere around Monchique on the edge of the mountains when the alcohol began to take hold. Sagres, lemon vodka, red wine and whisky- a savage combination that de-couples the mind, faculties on backup.

10pm. Myself and the Good Doctor Ainslie emerged from the villa fully loaded, blinking in the strangeness of the wet mountain night. For days we’d been feeding on alcohol and red meat. And now a feral wandering to Bar Lino. I homed in on the pinpricks of light from the farmhouses across the valley, blurry little dots that grew bright, dim, invisible, fading in and out of mountain mist. A lonely, eerie place, Deliverance country with the promise of fear, a language I didn’t understand, where all I could say was obrigado.

The road snaked into dark, gleaming ice-like in the glare of headlights as murderous drivers hurled vehicles round hairpin bends on the wrong side of the road. Rain fell soft then hammer hard, locking the cars in bars of grey before the light streaked away. Bar Lino emerged 200 yards later. An odd looking place, perched on a jutting platform some thirty feet above the road, a sprawling two-level terrace, dirty light oozing out from behind steamed up windows. In the darkness, shrouded in weird colour, it somehow glowed green.

They did have big glasses. Immense ones, heavy, those old windowed pint glasses. The Good Doc flicked back his straw hat, smiled and carried his beer to the table with the easy satisfaction of the terminally crazed.

We sat hunched and smoking, elbows on the table as the bar fuzzed at the edges. I looked around for hidden menace. The place was pretty damn big. At least two dozen tables, clustering with standard Formica shininess. Two arcade games sat silently in a corner, an old seventies TV set pumping out football. The bar itself was a wonder. Beautiful in its functionality, nothing to distract from the alcoholic matters in hand, no signs to Dublin and shitty folk sayings, just row upon row of brandy, vodka, J&B, Johnny Walker and the jewel in the crown, the magnificently phallic Sagres tap, rising from the wooden counter and expertly handled by a moustachioed barman. Here was frontier drinking and the Good Doctor took matters in hand.

‘Any of you rednecks want a drink?’

They took up the offer with babbles of delight and locally-peculiar gesticulations, going straight for the whisky.

There were four of them. The barman, a gangly, happy smiling kind of guy with a nervous edge. He wore glasses and sat furthest from us, watching. Then a fat jovial queen who worked for the local council. He sat closest to me, almost too close. The quietest was the chef. He spoke no English and eyed us warily, a dirty looking freak with greasy hair and bad skin. I understood why we had been told not to eat at Bar Lino, this guy was a walking mound of bacteria and he made me nervous. The last was an ugly truck driver with a big nose and strangler’s hands. He spoke slowly and lumberingly, like the way he moved. Everything about him said stupid but he could speak three languages and maintained a vicious gleam in his sparrow’s eyes.

We drank, slowly drifting away from football and into the no man’s land of politics. The fat guy waxed on about liberal tendencies being good for Portugal and I rounded on his Blair-speak, tearing into him.

‘Liberalism has absolutely zero to offer the world but fake fraternity that reduces people to commodities!’

The fat man glanced round uncertainly, seeking my compadre, as if to plead his case. But the Good Doctor was banging on the bar, shouting for attention and being studiously ignored. I watched the Doc change tack. He leaned across and spoke softly in the barman’s ear before taking a long drag on his cigarette and laughing manically. The barman seemed frightened. I wondered what the fiend had whispered.

‘Left wing bad, no jobs, right wing good, jobs.’ The truck driver prodded the air as he explained his political ideology. Typical populist bullshit, perfectly tuned to the lazy, TV addled maggots who vote for these parties.
‘Salazar was the man for you huh?’

‘You look just like one of his fuckin stormtroopers.’

I turned to the fat bloke eyeing my thighs. ‘This man is a fascist.’ The word echoed like a gunshot. Hands tightened round glasses. Eyes darted. The fat bloke smiled and the truck driver moved slightly, saying nothing.

‘He’s a fascist,’ I repeated. Still no response. I needed response. The Good Doctor eyed me warily, sensing danger. In the silence, the tables seemed to draw closer. Faces hardened and the filthy chef spat some words in Portuguese. I readied myself for cleaver attack as the others nodded and stared.
‘Professor, I do believe some liquid refreshment would alleviate the imminently harmful nature of this situation.’

The Doc was right. I went to the bar and bought a round for these vultures, eyes burning into my back, just where the cleaver would be plunged. But the cold coherence in the Doc’s voice worried me. Something in his demeanour had imperceptibly shifted. Something was out of kilter, a troubling in the ether. I returned with the drinks and stayed silent, staring into my beer. When I looked up the Doc had disappeared. He was gone for a long time. The bar closed. Our friends kept talking, ignoring me.

I turned round but couldn’t see him.

The Doc was skulking in the shadows of the darkened bar. There was a jittery gleam in his eyes and I knew something was about to give. My emergency faculties instantly malfunctioned, the mind retreating somewhere safer. The world fragmented. Another figure entered Bar Lino, a new and unwelcome variable wearing a sharp black suit. Tables and chairs moved to accommodate him, different conversations began and I couldn’t assimilate the changes. The new arrival glanced over, swimming in my watery vision like a grinning shark.

The Good Doctor’s set-jaw resolve didn’t beg further discussion. We left rapidly with no goodbyes, weaving between the tables and falling over twice, suddenly shouting voices and scraping chairs echoing behind us.

So we ran and I didn’t know why.

‘I’ve got a bottle of brandy…’

‘So why the fuck are we running? It’s only a bottle of brandy.’
‘… and a mobile phone.’

I looked at the Good Doctor and myself, gibbering and staggering in the near-black of a mountain midnight, shorts and t-shirts and dangerously drunk, a bottle of brandy and a Portuguese phone. Then I started to laugh, I laughed until my sides hurt. Kleptomania is the curse of the man who would mix his drinks.

‘Whose is it?’
‘Your friend the truck driver’s.’

I stopped laughing. Rain streaked my face although it might have been tears. I could have been weeping like a child at the thought of being beaten to death by the truck driver. Car headlights swung around the bend. The Good Doctor hurled the phone into the dark trees and we plunged in behind it. They’d missed us, the car continuing up the hill as we staggered into the woods. The thought of being caught in a remote forest by a bunch of rednecks terrified me. ‘You’re my little puppy now,’ how would it sound in Portuguese?
We were lost, stumbling into trees and whipped by branches. My hands and face stung and numbing rain still hammered down. Anger began to simmer, fermenting into aggression. Alcohol screamed for the need to be armed. We needed weaponry. The Doc fell over a wall and there was the road. We emerged from the trees like wild animals. I didn’t care anymore, fear replaced by a cold, violent determinism.

The moan of an engine grew louder and closer. We walked calmly up the hill towards it. A car swung round a corner and stopped just in front of us, headlights on full beam. We stood like rabbits in the pool of light. A door opened and the trucker got out, approaching me. Other voices murmured low inside the car.

‘Where is my phone? It is my boss phone.’

I stared him down.

‘What fucking phone? Are you insane? Look at me, where could I have a phone?’

He took a step closer.

The guy was frantic, clenching and unclenching his massive fists. I was primed, my mind full of terrible bloody images. The trucker turned to look at the Good Doctor, staggering about on the fringes of the headlights.

‘Do you have my fuck-eeng phone?’

The Good Doctor was inaccessible, muttering to himself about cocaine. I faltered, thinking this babbling cocaine talk was the end, the terminus reached. The trucker moved towards me and switched tack, eyes wide and innocent, hands outstretched, palms upwards like some hellish offering. It was a trap, lulling me with this wheedling sucker routine. If I showed weakness we would be butchered, carcasses left hanging from a mountain pine. I had to take the offensive.

‘We have a saying in Glasgow. Fuck off ya cunt!’

My scream echoed into the night. The guy stopped in his tracks, spooked to his big bones. The Good Doctor had suddenly returned and stood unmoving and unblinking. The men in the car were silent. I could understand their uncertainty, two psychotics facing them down on their own territory, willing to step over the line.

The trucker stared for maybe half a minute, eyes flickering from the Good Doctor to myself, to the silent car and back again. Then he turned and got into the front seat, muttering about the police. We watched the tail-lights disappear down the mountain and staggered back to the villa; through the rain, the dark and all the bad craziness.