Apr21 Comments Off on In the Terror House, Budapest 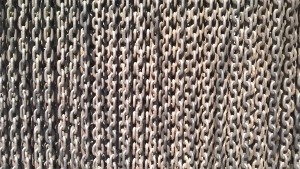 A grand, respectable town house on a bourgeois boulevard. Smart and grey painted. Where the Arrow Cross fascists and the Stalinists once did their body and soul-mangling. People hang around outside, groups of high school students messing around, a shouty group of Italian tourists. No-one hung around back then. Imagine another beautiful blue morning, 60 years ago, the last dream becoming a hammering on the door. I’m bundled into a car, dawn Budapest, silver dancing light on the Danube, watching the speeding empty streets and I’ve heard of 60 Andrássy Út, everyone has. No funereal music as I enter, as now, like entering a mausoleum. Just a quick glimpse of a desk and a bored-looking functionary before the hood comes down. I walk the floors, top to bottom, down to the torture cells with my audio guide. Testimony of persecutions and killings by communist, fascist, communofascist even, little space here given to nuance. These dogmas shared their thugs, their mugshots lining the walls as you leave. I think of a poem by Zbigniew Herbert: I saw prophets tearing their  false beards/ I saw frauds joining sects of flagellants/ executioners in sheep’s clothing/ who fled the people’s wrath/ playing shepherd’s pipes. I walk the rooms and feel a bit sick. I get the slow lift to the basement as a video of the man who cleaned the execution yard describes a hanging in horrifically banal detail. But there were no hangings here, no execution posts in the basement. ‘Only’ torture, beatings to death and suicide. Isn’t that enough? I see the point of the Terror House. I want to know and remember. But I can’t shake the feeling that commodities are being made of these testimonies. Something to tick off on the tourist trail before you head back up to the light to check Facebook. Because all is the past, no present. The exhibition ends with the proclamation of the Hungarian Republic in 1989. History has stopped. As if the horror is over and will always be over. Yet I’m here the day after the neo-Nazi party Jobbik win a seat in the Hungarian parliament. Imagine another beautiful morning, 60 years from now. The opening of a new annex, a recognition after the fact of another extremism that every country is so loath to admit in its own lifetime. It’s a cliché, that inability to learn from history as we go, as if by acknowledging any equivalency with the past we might acknowledge something in ourselves we don’t want to face. I want a few more mugshots on the wall of shame. Those people we see in today’s newspapers, who are only too willing to learn from history.