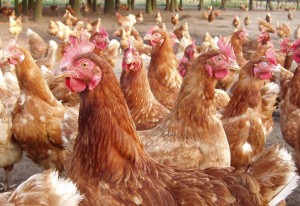 She went there afterwards. Hours by plane and train and boat. At the quayside, a fat man waited to get on the ferry back to the mainland. A t-shirt that said ‘I Eat Lions’, reading a book called ‘The Stainless Steel Rat’. He was an outrage waiting to happen. Here in this village on the edge of the world there was going to be a spree. Shocked knowingness would follow. She remembered the Cumbrian shooter a few years back, a taxi driver colleague being interviewed. I used to see him in the morning, he was up on the Tesco run. He was always up there, buying chicken, he was always buying chicken. The chicken was understandable, she could understand the chicken loop. Why didn’t I do something, tell the cops there’s this guy and he’s always buying chicken and something’s going to happen, officer, I know it. Too obvious, far too obvious. She’d seen Wallander, the freak was never the perpetrator. Yet this time he was, so what about I Eat Lions? That smile as he got on the boat, it was ambivalent, perhaps. Nice day, he said. And it was, it truly was a nice day. If you were looking for a word to describe today it would be nice. She walked the short strip of cottages, shop and pub, towards the camp site and there was the big white house. Three wooden sun loungers in the front garden’s pristine lawn, a tripod barbeque and a cannon she assumed was ornamental, facing the sea. An old black model T Ford was parked on the gravel, a ladder reaching up to a curtain-less first floor window. Like the chicken eater the house was also too obvious, a setting where nothing could happen. She sat on one of the loungers until a man came out. Silvered lines on the sea loch. Wheeling, darting gulls and the graceful arc of a heron. Pink in the west. He asked her if she’d done it, received her answer with a nod and clapped a hand on her shoulder. Come away inside. There’s chicken.